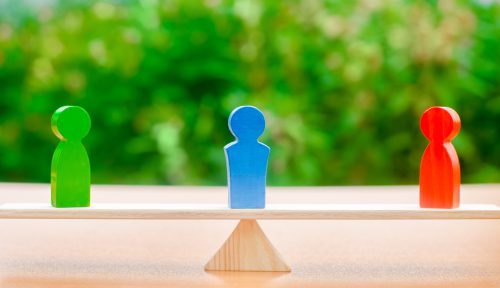 On February 2, 2022, the General Court ruled in Case T-616/18 dismissing the action brought by a wholesaler active in the gas sector in Poland (PGNG[1]) to annul the Commission’s decision in CASE AT.39816 – Upstream gas supplies in Central and Eastern Europe[2] (the “Commitment Decision”), which accepted and made binding commitments undertaken by Gazprom to bring its conduct into line with EU competition rules, thus escaping a huge fine for abuse of dominance in breach of Article 102 of the Treaty on the Functioning of the EU (TFEU). Interestingly, one of the grounds for annulment of the decision put forward by PGNG was that the commitments were designed around the appointment of arbitrators for solving pricing disputes between the parties, which PGNG claimed was not an appropriate means of ensuring compliance with EU competition law. However, the General Court confirmed that Sections 101 and 102 TFEU constitute public policy provisions of a mandatory and overriding nature, that must be enforced by national courts across the EU on their own motion[3]. National courts must therefore uphold an appeal for annulment of an arbitral award if they consider it to be contrary to EU competition law, this also applying to arbitral awards provided for in the context of a commitment decision of the Commission pursuant to Article 9 of Regulation (EC) No. 1/2003[4].

Facts and background of the dispute

With the Commitment Decision, the European Commission had approved and made binding certain commitments submitted by Gazprom to remedy the Commission’s competition concerns over allegedly abusive conduct, by imposing unfair prices, relating to the wholesale supply markets of natural gas in Central and Eastern European countries[5].

Among the various commitments, many of which of a purely commercial and economic nature, Gazprom has undertaken to include in its contracts with its customers a contractual clause adjusting the price of gas according to certain parameters deemed to be in conformity with EU law by the Commission. In the event the parties failed to reach an agreement on the determination of the new gas price, they would be able to refer the dispute to an arbitral tribunal to be placed in the EU. At point 178 of the Commitment Decision, the Commission affirms that placing the arbitration in the EU “obliges the arbitral tribunals to respect and apply EU competition law as a matter of public policy irrespective of the private interest of the parties to the arbitration“[6].

However, PGNG brought an action for annulment under Section 267 TFEU, considering that the Commission had infringed in several respects Article 9 of Regulation No. 1/2003 and the principle of proportionality, as the commitments were incomplete, insufficient and infringed several provisions of EU law (in particular, because the decision was allegedly contrary to Section 194 TFEU and to the European Union’s energy policy objectives). Within this arguments, the appellant alleged that the Commission made errors of law in assessing the relationship between Union law and arbitrations[7]. In particular PGNG argued that the Commission had wrongly interpreted the previous judgment of the Court of Justice of June 1, 1997 in Eco Swiss (Case C-126/97).

According to PGNG, in Eco Swiss the ECJ only held that national courts of Member States must apply the substantive provisions of EU law when tasked with the ex post control of compatibility of arbitral awards with “public order”, which does not mean that arbitral tribunals placed in the EU must directly apply EU competition law. Further, PGNG claimed that Gazprom’s commitments approved in the Commission decision were lacking in direct references to the substantive content of the Commitment Decision or to Section 102 TFEU, therefore the appointed arbitrators would not necessarily be compelled to assess compliance of the prices with the objectives of Section 102 and with the provisions of the TFEU. On the contrary, by doing so the arbitrators would risk exceeding the scope of their assignment, thereby invalidating the arbitral award.

The reasoning behind the judgment

The General Court dismissed the appeal in its entirety, holding that the Commitment Decision was not flawed by any of the errors claimed by the appellant, whether of procedure or of merit. In particular, the General Court confirmed that the Commission enjoys broad discretion in the procedure for binding commitments under Article 9 of Regulation 1/2003. According to the Court, no precise correspondence is required between the objections originally raised and the commitments accepted in the final decision.

With respect to the issue of interest here, the Court found that Gazprom’s commitment to provide for the possibility to refer pricing disputes with customers to arbitration placed within the EU is in line with EU competition law.

Indeed, the Court, despite acknowledging the “unfortunate” wording of paragraph 178 of the Commitment Decision where it states that arbitral tribunals must apply EU competition law irrespective of the private interests of the parties to the arbitration[8], confirmed, citing the case law of the Court of Justice[9], that Sections 101 and 102 TFEU constitute public policy provisions of EU Law. Consequently, while the Court confirmed that arbitral panels “are not necessarily bound by EU competition law as a whole, nor, for that matter, by the rest of substantive EU law […]”, it nonetheless states that “[s]till, if one of these panels were to adopt an arbitration award contrary to Section 102 TFEU, the national courts of the Member States should, if they were so requested, set aside such an award.[10]“

The General Court reached these conclusions by arguing that Sections 101 and 102 TFEU are mandatory and overriding public policy provisions of the EU and national courts, if requested to review arbitral awards in relevant appeal proceedings, must ascertain ex officio whether the l awards comply with such rules. In addition, the arbitral awards must be declared null and void if found to be in conflict with these principles.

The Court further stressed that these conclusions must also be reached in cases, such as the present one, where the arbitral award conflicts with the content of a commitment decision taken on the basis of Article 9 of Regulation 1/2003[11].

In any event, the Court recognized that such review of compliance with public policy provisions of EU law by national courts is necessarily of a “limited nature”.[12] In stating this principle, the Court referred to Achmea, which expressly held that “the requirements of the effectiveness of the arbitration procedure justify the limited review of arbitral awards by the courts of the Member States, provided that the fundamental provisions of European Union law can be examined in the context of that review and, where appropriate, be the subject of a referral to the Court of Justice for a preliminary ruling”. [13]

Notably, with this judgment, the Court confirmed a principle on the relationship between arbitration and European competition law that was already enshrined in a number of precedents of the Court of Justice: arbitrators, as private judges appointed by the parties, are not compelled to expressly ground their decisions in compliance with the substantive law of the EU (including competition law) or to directly apply such law, including where the arbitration is located within the European Union. Nonetheless, the Court confirmed that Sections 101 and 102 TFEU, as provisions of EU public policy, must be applied ex officio by the national courts called on to review an arbitral award and must annul the award if deemed contrary to those legislative provisions. This – as commented by the General Court – may induce the arbitral panels to make sure their awards are in compliance with Section 102 TFEU.

As a result, it must be concluded that arbitral panels are under no general obligation to apply EU competition law directly and on their own motion to a case under scrutiny. However, even though the General Court does not expressly say so, one should assume the contrary would be true if the parties had expressly assigned the arbitration panel with the task of applying substantive provisions of EU law. The fact that para. 178 of the Commitment Decision expressly refers to the obligation of arbitrators to apply EU competition law to the case does not seem sufficient to this end. Indeed, this statement was only contained in the part of the decision illustrating the Commission’s reasoning and legal arguments, but the said statement was not reported in the formal text of the commitments and, namely, in the clause referring the case to arbitration[14].

That said, the Judgment does not provide further clarifications or guidance regarding the scope and extent of the mandatory review by national courts of arbitral awards under EU competition law. There are two doctrinal positions on this issue: (i) the “minimalist” approach, which considers that the national courts will be able to verify the conformity of the arbitral award with EU law only in cases of a manifest breach of EU law; (ii) the “maximalist” approach which, on the contrary, relies on the principle of effectiveness of the public policy provisions of EU competition law in arguing that the national court’s review must be stringent (and only “slight” errors may be deemed excusable).

The minimalist orientation seems to be predominant and more in line with the case of the Court of Justice of the EU, both because the concept of “public order of the European Union” must be interpreted restrictively[15] and because otherwise it could thwart the recourse to arbitration when it is efficient. In any case, the rules of arbitration usually provide for the duty of the arbitral tribunal to “make every effort to make sure that the Award is legally enforceable”[16], which should compel arbitrators to duly consider EU competition law where relevant. This new judgment seems indeed to confirm the minimalist approach by acknowledging that arbitral tribunals “are not necessarily bound by competition law as a whole”.

[8] See: “If, within 120 days of the request, Gazprom has not agreed to revise its prices in accordance with the price level in the competitive Continental Western European gas markets, including amongst others the price level at liquid gas hubs, then customers can refer the matter to binding arbitration, which is supposed to revise prices on the basis of the same guiding principles. The Commitments require the arbitration proceedings to take place within the European Union. This obliges the arbitral tribunals to respect and apply EU competition law as a matter of public policy irrespective of the private interest of the parties to the arbitration. In relation to this obligation on the arbitration tribunals, the Commission, as the guardian of EU law, may decide to intervene as amicus curiae in the arbitration proceedings, all the more so if the arbitration concerns a matter covered by the Commission’s commitment decision”.

[11] See para. 292. Notably, the Court reached these conclusions on the basis that Regulation 1/2003 was promulgated in accordance with Section 103 TFEU and was intended to implement Sections 101 and 102 TFEU effectively.

[13] See, C-284/16, Achmea, para. 54. Notably, para. 54 of the judgment refers not only to Eco Swiss, but also to Mostaza Claro, C-168/05, para. 34-39. With this latest ruling, the Court of Justice recognized that EU law on the protection of consumers against unfair terms pursue a public policy interest of the EU, and thus ruled that the national court must verify the unfair nature of contractual terms on its own motion. More precisely, the Court has ruled that “the Directive [93/13/EEC] must be interpreted as meaning that it implies that a national judge called upon to rule on an appeal against an arbitration award must find that the arbitration agreement is null and void and annul the award, if he considers that such agreement contains an unfair term, even if the consumer has not relied on such nullity in the arbitration proceedings, but only in the proceedings for challenging the award“.

[14] In the contract governing arbitration, the parties may, of course, provide that the arbitrators are bound to fully apply and comply with EU competition law in issuing the arbitral award.