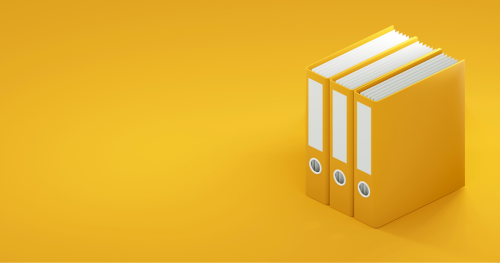 On December 21, 2021, the Italian administrative court of first instance (“TAR Lazio”), which has jurisdiction to review the decisions of the Italian Competition Authority (AGCM or “ICA”), annulled a resolution from the latter to grant the alleged victim of an antitrust infringement access to the infringement investigation file (judgement No. 13214/2021).

Background of the case

Back in 2017, the ICA fined a set of undertakings for forming a building-material price cartel (Case I793 – Cement price increase), in breach of Article 101 of the TFEU and equivalent national provisions. As often occurs, after the decision was rendered, direct and indirect purchasers of the products affected by the cartel sued for damages, claiming they had overpaid because of the infringement. To substantiate its claim for damages, on August 31, 2021, a construction company (“Robertazzi Calcestruzzi”) contacted the ICA seeking access to the file for the investigation pursuant to Article 4 of Legislative Decree No. 3/2017 (which in Italy implemented Directive 2014/104/EU). This provision sets out the conditions and limitations subject to which national courts may order, and national competition authorities must grant to claimants of antitrust damages, access to documentation held in the authority’s investigation files. The appellant in the proceedings before the TAR Lazio (“Italcementi”), which was part of the cartel in the 2017 decision, only learned of the request for access on September 9, when it was informed by the ICA that the request had been granted. At the same time, Italcementi was given 15 days to submit observations about the access. In its notice, the ICA indicated that Robertazzi would be given access to the document on September 24.

Italcementi opposed and challenged the decision simultaneously before the ICA (for self-revocation) and before the TAR Lazio on the grounds that Italcementi was informed of the request for access only after the ICA had already granted access, in breach of the defendant’s rights and the rules and principles governing access to documentation held by a competition authority. On September 23, 2021, the ICA confirmed its previous decision but provided Italcementi with a list of the documents that it would disclose to Robertazzi. It then granted Italcementi another 15 days to provide additional observations and delayed execution of the access until October 8. However, during the appeal proceedings it affirmed that any evaluation of the defendant’s observations was paused until the judgment of the TAR Lazio.

The ruling of the TAR Lazio

The TAR Lazio upheld the appeal—thereby annulling the ICA’s decisions to grant access to Robertazzi—on the grounds that the ICA breached the defendant’s rights to adversarial process and the general principle of a fair administrative process that national competition authorities must comply with in making decisions on access to documentation of an investigation into private undertakings. More specifically, the TAR Lazio clarified that the ICA should have involved Italcementi, as an interested counterparty, from the beginning of the decision-making process to allow it to submit observations. Indeed, to comply with the abovementioned general principles and defendants’ rights, the ICA, before making any decision to grant access, should have thoroughly evaluated the interested counterparty’s observations, as well as making a specific assessment of the documents that can be accessed by claimants seeking damages, with a view to striking a fair balance between the public and private enforcement objectives of EU and national competition law.

Notably, the TAR Lazio did not base its decision on the specific framework and principles of Directive 2014/104/EU, but on general and fundamental principles of national public law. Even before Legislative Decree No. 3/2017 entered into force, administrative courts in Italy had identified the prerequisites and limits subject to which a claimant for damages could obtain access to the files of administrative authorities. However, in this case the TAR Lazio also clarified that the ICA cannot simply pause execution of access until the counterparty files its observations: it must refrain from making any decision about access until it has heard the party’s observations and evaluated the proportionality of the request for access with reference to each document involved in the request.