The debate goes on: The Italian Supreme Court ruling on the use of opinion polls and surveys in trademark proceedings 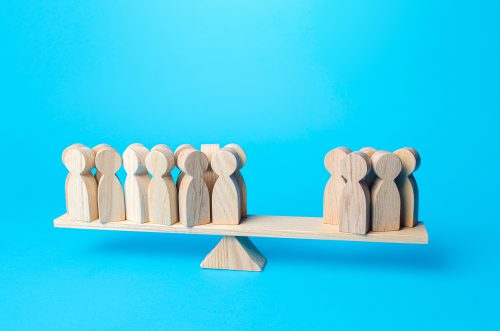 With its decision of February 18, 2022,[1] (the “Decision”), the Italian Supreme Court provided further guidance on the role that market surveys may play in Italian trademark infringement proceedings. Notably, the Supreme Court reaffirmed that Italian judges are free to evaluate the distinctive character of a trademark by relying on a general assessment based on any means of evidence—regardless of the use of opinion polls and surveys.

On March 10, 2016, BasicNet S.p.A. and Basic Italia (collectively, the “Claimants”)—respectively, the owner and the licensee of the EU trademark covering the iconic colored strip of the brand K-WAY (the “Trademark”)—sued La Rinascente S.p.A. and Armani S.p.A. (“Armani”) before the Court of Turin for alleged trademark infringement. The dispute revolved around Armani’s use for marketing purposes of a sign that the Claimants considered very similar both to their Trademark and to their non-registered trademark characterized by three vertical bands of yellow, orange, and navy blue (“Non-registered Trademark”).

However, the court rejected all of Armani’s claims and, after dismissing the case for La Rinascente S.p.A., declared that Armani’s use of the disputed signs constituted trademark infringement and an act of unfair competition. Armani then appealed the decision before the Court of Appeal of Turin, which, however, sided (again) with the Claimants.

Unsuccessful at both levels of judgment, Armani eventually challenged the decision of the Court of Appeal before the Supreme Court based on eleven grounds for appeal. Notably, Armani complained that the judges of the Court of Appeal declared the distinctive character of the Non-registered Trademark only relying upon its use “for many years without any variation on different types of products” made by the Claimants—in the absence of any evidence of perception of the sign among the relevant public.

The Supreme Court rejected these grounds for appeal on the basis that a judge is free to assess the distinctive character of a non-registered trademark and its perception among the relevant consumers without needing to refer to opinion polls and surveys. Indeed, Italian law allows a judge in this situation to use any possible means of proof to carry out such an assessment. The Supreme Court stressed that opinion polls and surveys are just one of the many possible means of investigation, and thus should be used as such; in other words, they should not override any of the other means of evidence a court may decide to rely upon. The Supreme Court also rejected the other ten grounds of appeal submitted by Armani and held the latter accountable for legal costs.

This Decision comes after years of debate over the use of opinion polls and surveys in trademark proceedings before Italian courts. It seems to confirm the prevailing Italian case law, whereby acquired distinctiveness should be established through an overall assessment, taking into account several factors other than polls and surveys. Similarly, the European Court of Justice took the view that the results of a consumer survey cannot be the only decisive criterion in support of the conclusion that distinctive character has been acquired through use.[2]

On the other hand, the Decision seems to conflict partially with the previous ruling of the Supreme Court on this matter in 2016,[3] which suggested that the acquired distinctiveness of a trademark can be fully proven only through a consumer survey; implying that a survey was positioned as the sole tool suitable for demonstrating that a change in public perception of the sign has occurred. In this sense, the former approach of the Supreme Court matched the EUIPO Guidelines for Examination of European Union Trade Marks, which similarly provide that “market surveys are the most suitable means of evidence for providing information about the degree of knowledge of the mark.”[4]

It will be interesting to see whether this issue will come before the Supreme Court again and, if so, how it will resolve the conflict between the two approaches. Either way, it is undisputed—both at the Italian and EU level, and also in light of the new rules of the CP12 Common Practice on Evidence in Trade Mark Appeal Proceedings[5]—that consumer surveys must be neutral and sufficiently representative for the parties to be able to use them effectively in the proceedings.