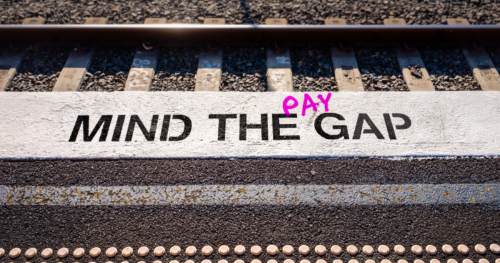 On October 26, 2021, the Italian Senate unanimously approved the bill for equal opportunities between men and women in the workplace, which thus became law (the “Equal Pay Law”). The new legislative text affects the National Code of Equal Opportunities between Women and Men (Legislative Decree No. 198/2006) through supplementation of existing text and the introduction of new articles.

The bill aims to reduce the pay difference between women and men. It involves both a series of awareness-raising and reward measures to encourage companies to close the “gender pay gap” (i.e., the difference between the average annual salaries received by women and those received by men), which has widened due to the COVID-19 pandemic,[1] and measures aimed at encouraging women’s full participation in the labor market.

THE MAIN CHANGES INTRODUCED BY THE EQUAL PAY LAW

Under the Equal Pay Law, gender equality certification will be required by of January 1, 2022. This document — the cornerstone of the law’s measures — aims to certify the concrete policies and measures taken by employers to reduce the gender gap affecting opportunities for growth at the company, equal pay for equal tasks, policies for managing gender differences, and maternity protection.

One or more decrees will then establish further elements, such as (i) the minimum parameters for companies to receive certification of gender equality; (ii) the procedures for acquiring and monitoring the data forwarded by employers and made available by the Italian Ministry of Labor and Social Policies; (iii) the procedures for involving company trade union representatives and advisors in control and verification; and (iv) the forms of publicity for gender equality certification.

Starting in 2022, private companies in possession of gender equality certification will receive an exemption from payment of employer social security contributions.

Tax relief is set at no more than 1% of annual contributions due and within the maximum limit of EUR 50,000 per year for each company. Specifically, the exemption will be prorated and applied on a monthly basis, with a specific decree to be adopted by January 31, 2022.

3) NEW REQUIREMENT FOR COMPANIES WITH MORE THAN 50 EMPLOYEES

The Equal Pay Law introduces a legal requirement for public and private companies with more than 50 employees (rather than 100 under current law) to draw up a two-year report, by December 31 of each year, on the status of male and female employees in various roles and in relation to hiring status. The report must also cover training, promotions, levels, and changes in category or qualification.

Public and private companies employing 50 or fewer employees will instead be given the option, on a voluntary basis, to draw up such a report.

The list of companies that will submit these reports, and those that won’t, will be made public, and any that violate the above obligation will be asked to comply within sixty days. In case of non-compliance, an administrative sanction of EUR 103 to 516 will be imposed. There is a one-year suspension of any contributory benefits enjoyed should non-compliance persists for more than one year. Moreover, false and incomplete reporting will be subject to a fine of EUR 1,000 to 5,000.

The Equal Pay Law integrates the notion of direct and indirect discrimination (as per Section 25 of the National Code of Equal Opportunities).

In particular, any treatment or change in the organization of working conditions and time that, on the grounds of sex, age, personal or family care needs, pregnancy, maternity, including adoption, or on the grounds of the entitlement and exercise of the relative rights, places or may place the female employee at a disadvantage shall be considered a discriminatory case. The same applies to acts that limit (i) career development for women; or (ii) opportunities for participating in the life or choices of the company, compared with other workers in general.

The notion of discrimination has also been expanded to include acts carried out against: “female and male applicants in the personnel selection phase” and no longer applies only to employees.

While it would be optimal if discrimination were to vanish from daily life and the workplace regardless of rules and incentives, the Equal Pay Law — whose main goal is to reward companies that respect and promote good practices in the area of gender equality — represents a big step in the right direction.

Now, it is to be hoped that these rules and incentives do not remain on paper but become an actual deterrent in order to ensure gender equality in the workplace and prevent all forms of gender discrimination.

[1] Please refer to our previous article “Pandemic and Women’s Work: Why Are Women Paying a Greater Price for the Crisis?”