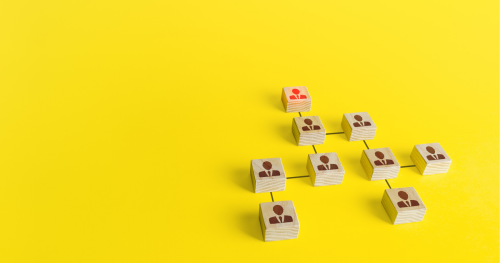 With Ruling no. 36362 of November 23, 2021, the Supreme Court of Cassation upheld the jurisprudential principle of legitimacy regarding the incompatibility of the role of employee with that of president of the board of directors.

In the case in question, the Italian Revenue Agency filed an appeal with the Supreme Court of Cassation seeking to overturn a ruling from the Regional Tax Commission of Sardinia that in upholding an appeal filed by a taxpaying company nullified a finding of a tax assessment notice and determined that the remuneration for subordinate employment paid by the company to its directors was relevant and deductible.

Firstly, the Supreme Court of Cassation reiterated its standing that the position of shareholder/director of a joint-stock company is entirely compatible with that of employee of the same; however, such compatibility is excluded in the case of a sole director, president of the board of directors, or “sovereign” shareholder.

In the absence of such a relationship, a specific work schedule and the receipt of a regular salary are not sufficient in and of themselves to classify the relationship as a subordinate working relationship.

In the present case, one of the shareholders was president of the board of directors, while the other had autonomous decision-making powers.

In light of the above, the Supreme Court of Cassation ruled that there is “absolute incompatibility between the status of employee of a joint-stock company and the role of president of the board of directors or sole director of the same, since the aggregation in the hands of the same person of the powers of representation of the corporate body, management, control, and discipline makes it impossible to identify the different parts of the employment relationship and the related distinct attributions necessary for the essential and unimpeachable element of subordination to be found, with the consequent non-deductibility from the company’s income of the related cost of employment.”

With reference to the second case (employee and shareholder), the compatibility of the status of managing director, member of the board of directors of a joint-stock company, with that of employee, for the purposes of deduction of the related cost from the company’s income, must be proven to be more than a mere formality. Indeed, according to the Supreme Court, it is necessary to “ascertain whether or not there is hierarchical subordination, directive and disciplinary powers, and, in particular, whether or not the person is carrying out duties other than those pertaining to the position held.”

With Ruling no. 38181 of October 26, 2021, the third penal section of the Supreme Court of Cassation confirmed its jurisdictional stance regarding the liability of a director who fails to pay withholding taxes.

In the present case, the director appealed to the Supreme Court of Cassation seeking to overturn the ruling under which the Court of Appeals of Cagliari upheld the first-instance sentence of the Court of Sassari, which ordered her to pay the penalties prescribed by law for failure to pay social security and benefit withholdings for a total of EUR 64,141.41.

First, the Court of Cassation reiterated its own jurisprudential stance, which is that the president of the board of directors or, more generally, a director without delegated powers or a director by right, is liable in the event of the company’s failure to pay social security and welfare withholdings, by way of concurrence for not having prevented the criminal event, due to the specific rights attributed and duties binding upon the director under Italian civil law.

Based on this principle, the director’s liability was ascertained from an objective point of view, as she was obligated to be aware of the management of the company, including its tax affairs.