Employment credit limitation period: It always runs from the termination of the employment relationship 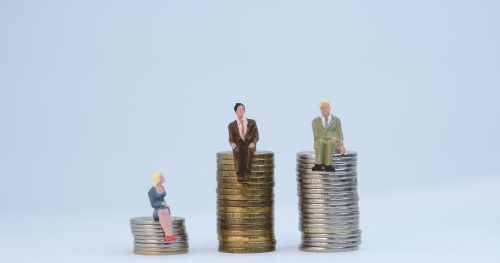 Thanks to Eleonora Ragagnin for collaborating on this article

With its decision no. 26264 of September 6, 2022, the Supreme Court overturned the traditional jurisprudential guidance on the commencement of the limitation period for employment credit.

Traditional jurisprudential guidance made a distinction between cases in which the employee might have been in a condition of “fear” or “metus”, such as to induce him to waive his rights at least until the termination of the employment relationship, and cases in which this “fear” was absent.

This distinction was based on the application of certain employment law provisions.

According to some case law, where the employment relationship is assisted by the protections referred to in Art. 18 of Law no. 300/1970, the five-year prescription of credits commences during the relationship from the moment when the right can be exercised (general principle established by Art. 2935 of the Italian Civil Code).

According to other decisions, after the entry into force of the “Fornero Reform”, the prescription for pay-related credits remains suspended until the termination of the employment relationship even in relationships subject to Art. 18 of Law no. 300/1970 since, in the event of unlawful dismissal, reinstatement is not an automatic consequence, even as a result of the amendments of Law no. 92 of 2012 and Legislative Decree 23 of 2015.

Basically, the concept of the limitation period not beginning during the employment relationship was only accepted for relationships not assisted by a certain guarantee of stability. Any relationship that was governed by a regulation which, on the substantive level, subordinated the legitimacy and effectiveness of termination to the existence of objective and predetermined circumstances and, on the procedural level, entrusted the judge with the review of such circumstances and the possibility of removing the effects of the illegitimate dismissal, regardless of the employer’s public or private character, was to be considered as stable.

The Supreme Court has now recreated this jurisprudential conflict.

With this decision (involving a claim for remuneration differences for night overtime proposed by two employees), the Supreme Court assumes the statute of limitation as a principle of legal certainty and reliability.

Indeed, this knowledge of what rules govern the access of rights, their protection and their extinction, in terms of generality and certain predetermination, shall be guaranteed. The criterion for identifying the dies a quo of the limitation period shall satisfy a need for predetermined clear knowability and simple identification. Therefore, as from the establishment of the relationship, each party shall know what their rights are and, especially, when and until when they can be exercised. This provision will satisfy both the interests of employees, who will know the temporal delimitation of their rights, and of employers, who will also know the time limits for possible claims by employees, and will be able to plan the prudent organization of their business activities and bear the risk of costs and burdens which those time limits entail.

The identification of the regime of stability (or not) of the employment relationship was an ex-post examination which radically contradicts these requirements of clear and predetermined ex-ante knowability, consistent with the need for certainty.

The Supreme Court then ruled that for all rights that are not prescribed at the time of the entry into force of Law no. 92 of 2012, the limitation period, pursuant to the combined provisions of Sec. 2948, no. 4 and 2935 of the Italian Civil Code, shall begin from the termination of the employment relationship.

Indeed, the previous criterion is now a source of uncertainty in the system (entrusting ex post facto the task of discerning the stability of the relationship to the judicial authority, in constancy of judgment), and because it is incapable of absorbing, in the spirit of an evolutionary interpretation of the law, the change brought about by the reforms on the system of Law no. 300 of 1970.