Dismissal for poor performance: Focus on the disciplinary code and PIP 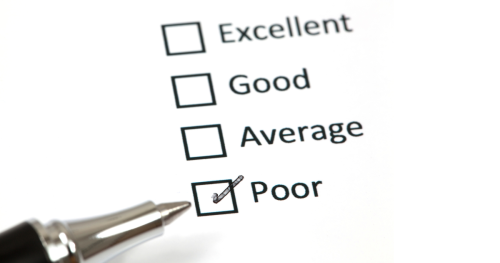 Thanks to Eleonora Ragagnin for collaborating on this article

According to the Court, the relevant duties of the present dispute are not related to the employee’s basic duties or the so-called “ethical minimum”, but to a specific rule of productivity, which the employer should have brought to the employee’s attention by posting the disciplinary code.

This circumstance was not proven by the Company, whose appeal was rejected.

Dismissal for poor performance cannot be considered a fair dismissal without certain factors: (i) violations of the duty of diligence on several occasions and a consequent oral or written warning – whether or not this is followed by a disciplinary sanction – without any improvement in the employee’s performance; (ii) the consequent breach of the trust relationship between employer and employee; and (iii) the occurrence of the above factors within a reasonable period of about 5/6 months.

Posting of the disciplinary code

The prior posting of the disciplinary code fulfills the substantive function of guaranteeing the legality and predictability of the exercise of disciplinary power, by delimiting the employer’s power of repression.

The importance of posting the disciplinary code to validly challenge an employee’s conduct is reiterated, even considering the Supreme Court’s decision, which in the present case related to a performance of less than 50 percent of the average production of other employees (in the same department).

Even if not specifically regulated by law and therefore not a mandatory requirement under Italian settled case law, it is strongly recommended to apply the Company Performance Improvement Plan (hereinafter referred to with the acronym “PIP”) in the case of an employee’s poor performance, also considering that dismissal for poor performance can only take place after repeated violations.

The PIP consists of 3 main steps regarding (i) the elaboration of the plan, which explains to the employee the underperformance, the goals to be reached to overcome such underperformance and the expected timeframe; (ii) meetings to provide guidance and analyze progress and results, which should be scheduled and held in the presence of the employee’s manager and company witnesses; (iii) the PIP outcomes; at the end of the PIP program, the employer will decide whether the employee has successfully improved his goals, or in the case of an unsuccessful outcome, the disciplinary procedure to dismiss the employee will be started.

Since the definition of poor performance is very blurred, it is necessary to define it in the disciplinary code and, if such a situation should arise, before proceeding with the extreme solution of dismissal, the adoption of a PIP could be an intermediate solution in accordance with case law.