Use of a trademark by an online service provider: AG Szpunar’s opinion in the Louboutin/Amazon case 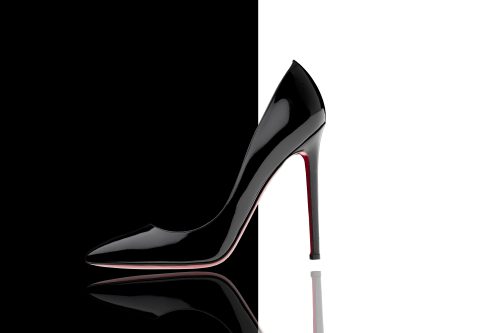 Advocate General Maciej Szpunar issued his opinion in Joint Cases No. C-184/2021 and C-148/2021, initiated by the famous French shoe designer Christian Louboutin against Amazon, in its dual capacity as a provider — an online marketplace — and distributor of products.

The referral to the Court of Justice of the European Union (CJEU) concerned the online sale of counterfeit products, and in particular whether the perception of a “reasonably well informed and reasonably observant internet user” is relevant to determine whether use of the trademark by the online service provider can be identified in the context of advertisements for independent sellers’ goods on the online marketplace that it operates.

The facts in dispute

The question referred for a preliminary ruling from the CJEU involves Amazon’s business model, which the AG defines as “hybrid,” since Amazon operates both as a distributor and as the operator of an online marketplace. Indeed, Amazon displays on its platform both ads for its own products, which it sells and ships to consumers under its own brand name, and ads for third-party sellers. It also offers third-party sellers additional services, such as storage and shipping of products advertised on its platform, informing potential buyers that it will be responsible for such activities.

The trademark infringement complained of by Christian Louboutin, the French shoe designer, concerns the red outer sole (Pantone 18.1663TP) for women’s high-heeled shoes, which he registered as a trademark in the EU and Benelux.

Louboutin claims that advertisements for red-soled shoes regularly appear on the Amazon platform, referring to products placed on the market without his consent. For this reason, Louboutin brought two lawsuits against Amazon, in Luxembourg (before the Luxembourg Tribunal d’arrondissement) and in Belgium (Tribunal de l’entreprise francophone de Bruxelles), alleging that the company used a sign identical to his trademark for goods or services identical to those for which his trademark is registered.

According to the designer, Amazon’s direct liability stems from the fact that advertisements that constitute trademark infringement are an integral part of Amazon’s commercial communication.

Both courts then referred their cases to the CJEU, asking whether the operator of a hybrid marketplace could be considered directly liable for trademark infringement due to the presence of third-party listings of infringing goods on its platform.

The main issue and the subject of both the referrals for a preliminary ruling is whether “Article 9(2) of Regulation 2017/1001 of the European Parliament and of the Council of 14 June 2017 on the European Union trade mark [is] to be interpreted as meaning that the use of a sign identical with a trade mark in an advertisement displayed on a website is attributable to the website operator or to entities economically linked with it owing to the combination on that website of the operator’s or its economically linked entities’ own offers and those of third-party sellers, by the incorporation of those advertisements in the operator’s or its economically linked entities’ own commercial communication.”

Article 9(2) of Regulation No. 2017/1001 (the EU Trademark Regulation, “EUTMR”), which incorporates the provision of Article 9(1) of Regulation No. 207/2009, provides that the holder of an EU trademark may prevent third parties, in the absence of his or her consent, from “using” in the course of trade a sign identical to the trademark if that sign is used in relation to goods and services identical to the goods or services for which the trademark is registered. However, the EUTMR does not define the notion of “use”; instead, that was deferred to the interpretation of CJEU case-law.

Relevant to this case, and according to the AG, Amazon’s “hybrid” business model creates a new context for analyzing the issue, thus providing the court with an opportunity to clarify, on the one hand, the notion of “use” and, on the other hand, the principles that should govern direct liability of ISSPs in trademark infringement cases.

The AG developed his analysis based on the case law of the Court itself, concluding that such case law confirms that the application of the notion of “use” of the trademark calls for consideration of a platform user’s point of view. He then went on to analyze the implications of such an approach in determining whether Amazon, by reason of the specifics of its business model, actually “uses” a trademark present in an advertisement published on its platform.

In his findings, the AG clarified the concept of “use” of the trademark by an online service provider, which, in his view, should be identified from the viewpoint of a user of the platform in question (a “reasonably well informed and reasonably observant internet user”). He clarified that the Court’s case law makes it clear that actual “use” by an ISP necessarily entails, at the very least, that the ISP third party uses the sign in its own commercial communication.

In a nutshell, the Advocate General confirmed that “use” can be identified when the recipient of such a communication creates a specific link between the ISSP and the trademark. This condition must be evaluated from the viewpoint of the platform user to determine whether the sign appears to that user as integrated into commercial communication.

Furthermore, regarding the impact of Amazon’s business practices on the recognition of trademark “use” under EU law, the Advocate General noted that the analysis is not centered on the examination of the product or the service bearing the sign in question, but solely on the provider’s commercial communication, to determine whether the trademark is perceived by users of the platform as being used directly by the provider as part of its business. To this end, while noting that the commercial offers of third parties and Amazon are presented in a uniform manner and that each of them includes Amazon’s trademark, the Advocate General stated that the advertisements always specify whether the goods are sold by third-party sellers or directly by Amazon.

Therefore, the mere fact that Amazon’s advertisements and those of third-party sellers appear next to each other does not mean that a reasonably informed and reasonably observant Internet user would perceive the trademarks displayed on third-party sellers’ advertisements as an integral part of Amazon’s commercial communication. The same applies to the additional services of support, storage, and shipping of products bearing a sign identical to a trademark, whereby Amazon also actively contributed to preparing and displaying such products for sale.

The Advocate General concluded that, based on the circumstances of these two cases, the following circumstances are not relevant for the purposes of “use”, considering that the provider of an online marketplace:

The above does not imply that Article 9(2) of the EUTMR should be interpreted in the sense that the provider of an online marketplace “uses” a trademark within an offer for sale published by a third party on that platform. Such is the case as long as points (a) and (b) above do not cause a “reasonably well informed and reasonably observant internet user” to perceive the trademark in question as an integral part of the provider’s commercial communication.

In his opinion, the Advocate General provided further clarification to define the perimeter of hosting providers’ liability, which is a hot topic in the area of intellectual property in relation to both copyright (e.g., YouTube/Cyando[1]) and trademark law. More interestingly, however, while the abundant case law developed so far in this area relates to whether direct liability under trademark law could arise due to specific acts or omissions of a platform operator (e.g., L’Oreal v. Ebay[2]), in this new opinion the AG explored what kind of liability may arise based on the hybrid business model behind the marketplace at issue. It is to be seen how the Court will finally rule these joint cases.

The distinction between primary and secondary liability of ISPs, in the context of both copyright and trademark law does not seem to cease being a widely debated issue any time soon, and is also central to the discussion around the proposed Digital Services Act. As the AG also pointed out in his opinion, the relationship between intellectual property protection and ISP liability requires reconciling divergent interests by enacting careful application of the safe harbors set forth in the regulation.