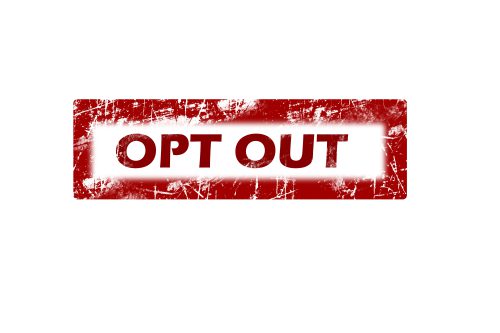 The present article on the opt-out mechanism is the first in a series analyzing the Unified Patent Court.

The new patent galaxy composed by the European Patent with Unitary Effect (“Unitary Patent”) and the Unified Patent Court (“UPC”) will centralize patent protection and enforcement within many European countries. All existing granted European patents and pending European patents applications will be impacted by the new system. Consequently, patent rightsholders will need to make strategic decisions in relation to their patent portfolios.

The UPC will be a court common to all the contracting states party to the Agreement on a Unified Patent Court (“UPC Agreement”) of February 19, 2013 (the full text of the agreement is accessible here), and thus part of their judicial systems. It will have exclusive competence with respect to Unitary Patents, as well as with respect to current classic European patents (the “bundles of patents” once granted by the European Patent Office that became a series of “national” patents to be validated in one or more EU member states and—before the entry into force of the UPC—enforced separately in each state before its national courts). The UPC will certainly provide patent rightsholders with a means of avoiding the high costs, risk, and complexity associated with multiple litigation in different jurisdictions.

As regards current European patents, however, the UPC’s exclusive competence is subject to exceptions for a transitional period of seven years, which may be extended up to seven additional years by the administrative committee on the basis of broad consultation with users of the patent system and an opinion of the UPC. During that period, actions concerning infringement or revocation of classic European patents may still be brought before national courts (Article 83 para. 1 UPC Agreement).

Indeed, the rightsholders of—or applicants for—a European patent granted or applied for before the end of this transitional period can opt out of the UPC’s judicial competence for their patent or application by notifying the registry of the UPC, unless an action has already been brought before the UPC (Article 83 para. 3 UPC Agreement). That means that once the opt-out is notified and registered, it takes effect for the entire European bundled patent for all contracting member states where the patent has been validated. It is worth noting that there is no need for individual notification of the opt-out for each relevant contracting member state, as it is possible to opt out a European patent for all the Member States where it has been validated.

In addition, the European patent holder can withdraw the opt-out at any time unless an action has already been brought before a national court (Article 83 para. 4 UPC Agreement). Withdrawal of an opt-out for a classic European patent brings all the designations of that patent back into the exclusive jurisdiction of the UPC. Much like the opt-out, the withdrawal of an opt-out is barred if an action relating to one of the national designations of the classic European patent in question has already been brought before a national court.

Please note, however, that there will be no possibility to opt out a Unitary Patent.

One issue subject to debate was whether the opt-out from the jurisdiction of the UPC for a classic European patent was effective only during the transitional period under Article 83 para. 1 UPC Agreement or whether, once notification has occurred during the transitional period, it is effective for the entire life of the patent. The UPC clarified that it was the legislature’s objective when providing the possibility to opt-out to give the patent holder the possibility to remove a European patent from the jurisdiction of the UPC for the entire life of that patent. According to the court, this follows clearly from the fact that opt-out notification can occur until the very last day of the transitional period.

Concern was expressed during the drafting of the Rules of Procedure that an action to revoke a family of current European patents, or for a declaration of non-infringement with respect to those patents, could be filed with the central division of the UPC on the first day of its coming into force, before the proprietor has the opportunity to exercise an opt-out, and thus preventing such an opt-out. To address this, a “sunrise” provision has been included to allow proprietors to opt out classical European patents at the European Patent Office before the UPC Agreement comes into force. The EPO will then transfer all such opt-out applications to the registry on the day that the UPC Agreement comes into force, deeming them effective from that date forward and preventing pre-emptive actions.

A tip: Rightsholders of current European patents and their representatives have the opportunity to file multiple automatic opt-outs in one step. That is implemented in the Case Management System.