Soccer and NFTs: The first NFT-related judgment in Italy 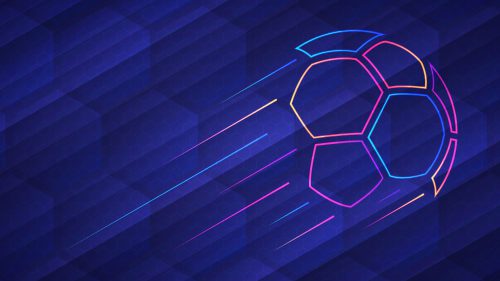 On July 19, 2022, the Court of Rome issued the first order concerning Non-Fungible-Tokens (“NFTs”) ever published by the Italian courts – and the first known judgment issued by a European Court dealing with infringement of intellectual property rights in the NFT industry. Dealing with an extensively debated issue concerning NFTs, this decision confirms that, under Italian law, minting or owning an NFT does not grant ownership of the underlying intellectual property rights—unless the parties agree otherwise. In addition, the court dispelled any doubt about the enforceability of well-known marks that were not registered for commodity classes that include downloadable virtual products.

BACKGROUND OF THE CASE

In 2021, an European crypto company (“Respondent”) launched an online fantasy football game based on NFT Game Cards (“Cards”), which enabled their owner to play online against other players with a team of six Cards. Through this card game, the players were able to create their own teams, with different athletes from different sports, and received rewards and prizes (which meant that this game falls under the burgeoning category of play-per-earn games). Of course, the Cards portrayed different athletes, including the ones actively supporting this project.

Here is the tricky part: one of the Cards portrayed a famous Juventus former player (the “Player”) wearing a Juventus jersey blatantly displaying the registered trademarks of the Italian soccer team—specifically the word trademarks “JUVE” and “JUVENTUS” and the figurative trademarks consisting of the black and white vertical striped jersey with two stars on the chest (indicating the team’s having won more than twenty championships) (“Trademarks”).

It is worth noting that in the same year, Juventus Football Club S.p.A. (“Juventus”) also started marketing NFTs after entering into a licensing agreement with Sorare S.a.s. As a result of this partnership, the two companies launched Ethereum-based rare collectible cards of the club’s world-famous players, such as Cristiano Ronaldo.[1] Fans can also bid on Juventus NFTs powered by NFT Pro that depict a 3D and HD animated version of the team home jersey for the 2020–21 season.[2]

Given the team’s newly developed interest in this new industry, it did not take long for Juventus to bring an urgent proceeding against Respondent to stop the distribution of the Cards displaying the Trademarks without its prior authorization.

PETITION AND STATEMENT OF DEFENSE

Juventus filed a petition requesting the Court of Rome to (i) prohibit Respondent from further minting and marketing the Cards portraying the Player wearing the Juventus jersey—as well as any other NFT displaying the Trademarks; (ii) withdraw from the market and take down from any platform and/or webpage the allegedly infringing NFTs; (iii) identify the subjects involved in the various stages of minting and marketing the Cards, as well as any information concerning quantity and price of the Cards; (iv) order payment of a penalty of 25,000.00 euros for each day of delay in complying with the resulting decision; and (v) order publication of the judgment in national newspapers—as well as on the websites blockeras.com and coinofchampions.com and their Facebook, Instagram, and Twitter profiles.

Respondent sought to dismiss the petition by claiming that its actions were legal based on the merits and that there was no inherent danger in delay (which is necessary to obtain an interim measure under Italian law). In addition, Respondent submitted that Juventus could not enforce the at-issue trademarks as they were not registered for commodity classes that include downloadable virtual products, such as NFTs.

First, the court dealt with this last objection raised by Respondent, i.e., whether the Trademarks can be enforced to prevent third parties from using them on NFT-related products when they are not registered for the corresponding category. Preliminarily, the judge recognized that the Trademarks surely have a reputation for the purposes of Italian law. In the judge’s words, “It is a known fact that said trademarks concern the Italian soccer team that has won the largest number of titles and has the most fans in Italy and abroad” and “the existence of widespread merchandising activity in various sectors is documented.” The fact that the Juventus trademark can be deemed to have a reputation has direct consequences for protection granted under Italian Legislative Decree of February 10, 2005, No. 35 (“IP Code”). Indeed, Section 20 IP Code provides that the owner of a registered trademark with reputation shall be entitled to prevent third parties from using it without its consent, even for goods/services that are not similar to the ones for which the trademark is registered— as long as such use allows the third party to take unfair advantage of or is detrimental to the distinctive character or reputation of the trademark.

Thus, the Trademarks could also be enforced by Juventus to prevent third parties from exploiting them when minting NFTs—even though the Trademarks were not registered for the categories that include NFTs. The court incidentally held that Nice class 9 covers downloadable electronic publications. This appears to be in line with the European Intellectual Property Office’s announcement that Nice class 9 will be revised in order to incorporate the term downloadable digital files authenticated by non-fungible tokens. The EUIPO also clarified that “for the Office, the term non fungible tokens on its own is not acceptable. The type of digital item authenticated by the NFT must be specified.”[3]

Going even further, the court ruled that the creation and commercialization of the Cards constituted infringement of the trademark rights of Juventus, as the use of the Trademarks on the Cards was likely to have generated confusion among consumers and/or regarding association of the two involved entities, in breach of what is provided by Section 20 IP Code.

The court predictably ruled that unauthorized use of the Trademarks cannot be justified by the fact that Respondent cleared the Player’s image. Notably, the judge rejected Respondent’s objection that use of the Trademarks could be justified under Section 97 of Law of April 22, 1941, No. 633 (“Copyright Law”), considering the public interest underlying publication of the Player’s image. Indeed, according to the court, Section 97 Copyright Law does not apply here, because the use of the Trademarks does not serve a public interest—the minting and marketing of these NFTs have an exclusively commercial purpose.

Against this backdrop, the court ordered Respondent to (i) stop the minting, marketing, and promotion of the disputed NFTs, as well as any other NFT displaying the Trademarks; and (ii) take them down from any platform.

In light of the information Respondent had already provided to the court in its own motion, the court did not order the latter to disclose any information useful for identifying the parties involved in the various stages of minting and marketing the Cards. To this end, during the proceeding, Respondent also disclosed that the contested Cards generated revenue of 35,769.87 euros.

This decision is of particular importance as this is one of the first cases dealing with the ownership of intellectual property rights underlying an NFT. It is in line with the approach taken by foreign jurisdictions regarding qualification of an NFT and ownership of the underlying intangible asset. It also confirms that the rush to trademark registration in the metaverse is not on the same level of urgency as that found with regard to other trademarks.

[3] The EUIPO held that “the 12th Edition of the Nice Classification will incorporate the term downloadable digital files authenticated by non-fungible tokens in Class 9.”