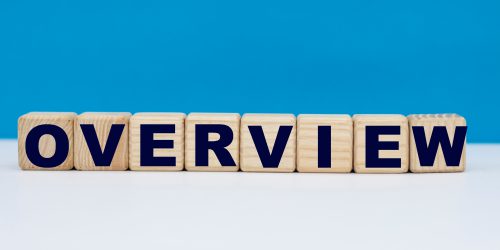 This article has been first published in IRIS Legal Observations of the European Audiovisual Observatory and in IRIS 2022-1:1/9

A few months ago, following the guiding principles set forth by the European Mandate law – which mandated the Italian Government to implement several EU Directives, including the Copyright Directive, the Sat Cab Directive and the AVMS Directive – the Council of Ministers preliminarily approved three draft bills implementing the above-mentioned directives.

Specifically, the draft bill implementing the Copyright Directive was approved on 5 August 2021. Thereafter, it was sent to the Italian Parliament for the required (non-binding) opinions. In October, the relevant Parliamentary Committees expressed a favorable opinion, while also making a few suggestions to the Government. Detailed comments were also delivered by the Italian Competition Authority and by the Italian Communications Authority. Of note, the most debated topics included the transposition of the provisions regarding the online use of press publications and the use of protected content by online content-sharing service providers.

Conversely, the draft bill implementing the Sat Cab Directive was preliminarily approved on 29 July 2021. It was then sent to the relevant Parliamentary Committees, which expressed a favorable (non-binding) opinion, while addressing a few remarks to the Government. The most debated topics included the application of the country-of-origin principle to ancillary online services and the transmission of programs through direct injection.

In addition, on 5 August 2021, the Council of Ministers preliminarily approved a draft AVMS Code, which was then sent to the Italian Parliament for the required (non-binding) opinions. The draft AVMS Code was also forwarded to the Unified Conference for the State and Regions, the Italian Communications Authority and the Italian Council of State, which delivered detailed comments. The most debated topics included the advertising limits for the Italian Public Service Broadcaster (RAI) and the investment quota obligations for on-demand audiovisual media service providers.

Pursuant to the TRIS notification procedure set forth by the EU Directive 2015/1535, on 22 October 2021, the Italian Government notified the European Commission of the draft AVMS Code, specifying that the relevant provisions for the purposes of the notification were those regulating video-sharing platforms (Articles 41 and 42) and the promotion of European works (Articles from 52 to 57). Notably, under the TRIS notification procedure, the notification of the draft starts a three-month standstill period, to allow both the European Commission and the other Member States to analyse the notified text and respond appropriately. During the standstill period, the notifying Member State cannot adopt the notified draft.

The new AVMS Code and the legislative decrees implementing the Copyright Directive and the Sat Cab Directive will enter into force 15 days after their publication in the Italian Official Journal, except for Articles 41 and 42 and for Articles from 52 to 57 of the new AVMS Code, which will enter into force on 1 March 2022, as a result of the TRIS notification procedure.