Focus: Transposition of the SatCab Directive 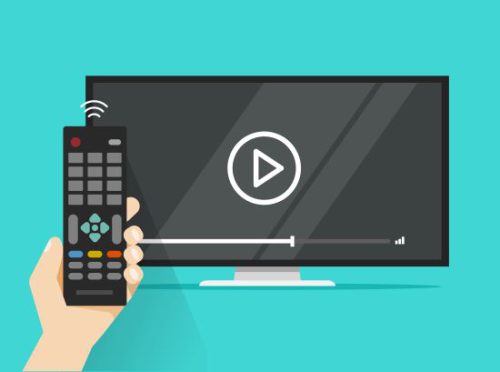 This article has been published in IRIS Legal Observations of the European Audiovisual Observatory and in IRIS 2022-2:1/5

On 8 November 2021, the Italian Government approved legislative decree no. 181/2021 (“Legislative Decree”) implementing Directive (EU) 2019/789 of the European Parliament and of the Council of 17 April 2019 laying down rules on the exercise of copyright and related rights applicable to certain online transmissions of broadcasting organisations and retransmissions of television and radio programs and amending Council Directive 93/83/EEC (“SatCab Directive”). The Legislative Decree substantially amended law no. 631/1941 (the Italian “Copyright Law”).

The development of digital technologies and the Internet has transformed the distribution of, and access to, TV and radio programmes. The SatCab Directive is aimed at contributing to the proper functioning of the internal market, by allowing wider dissemination of television and radio programmes that originate in one Member State throughout other Member States, for the benefit of users across the EU. To do so, the SatCab Directive facilitates the licensing of copyright and related rights in works and other protected subject matter contained in broadcasts of certain types of television and radio programmes.

Article 8 of the European Delegation Act 2019-2020 sets forth the guiding criteria to be followed by the Government in the implementing activity – namely:

restrictively define “own-production programmes that are financed entirely by the broadcasting organisation”, in particular by bringing the concept of “own production” in line with the notion of “in-house production”; take into consideration the requirements established by Article 8 of Legislative Decree no. 35/2017 (implementing Directive 2014/26/EU, so-called “CRM Directive”) on collective management of copyright when identifying the collective managements organisations (“CMOs”) authorised to issue compulsory licenses.The draft bill implementing the SatCab Directive was preliminarily approved on 29 July 2021. It was then sent to the competent Parliamentary Committees, which expressed a favorable opinion, while addressing a few remarks to the Government. The final text was approved on 8 November 2021 and the resulting Legislative Decree was published in the Official Gazette on 29 November 2021. The Legislative Decree entered into force on 14 December 2021.

The most debated topics included the application of the country-of-origin principle to ancillary online services and the transmission of programmes through direct injection.

Article 1, paragraph 1 (c) of the Legislative Decree introduces new Articles, from 16-ter to 16-quinquies, into the Copyright Law. Article 16-ter transposes Article 4 of the SatCab Directive concerning the exercise of retransmission rights by rightsholders other than broadcasters. Among other things, Article 16-ter provides that rightsholders may only grant or refuse authorisation for a retransmission through a CMO that – as further clarified by paragraph 4 of Article 16-ter – meets the requirements set out in Legislative Decree no. 35/2017. In addition, where rightsholders have not transferred the management of the right to authorise acts of retransmission of radio and TV programmes to a CMO, it shall be managed by the CMO that manages rights of that category, and in the event there is more than one CMO it shall be by the “most representative three”. The provision thus introduces licenses with extended effects, with one exception: This ECL (extended colective licensing) mechanism does not apply if the rightholder is a broadcasting organisation.

Article 16-quater transposes Article 3 of the SatCab Directive. It concerns the ancillary online services of broadcasting organisations, and it applies the country-of-origin principle to them. The aim is to avoid a scenario where broadcasters – that make available online, in linear or non-linear mode, programmes which are subordinate or ancillary to their broadcasts – have to obtain a license in each Member State. The rational is that otherwise, the making available of such content would be burdensome to implement, and the absence of license(s) could lead to a fragmentation of the EU audiovisual area. To protect the interests of the AV industry, this provision stipulates that the country-of-origin principle shall apply only to (i) radio and TV news and current affairs programs, and (ii) self-produced programs entirely created, financed and realised by a radio or TV broadcasting organisation using its own resources.

Finally, Article 110-bis implements Article 6 of the SatCab Directive on mediation by setting forth that in the event of failure to obtain authorisation for the retransmission of a broadcast, the parties concerned may have recourse to a third party, chosen by common consent, for the formulation of a contractual proposal. If they fail to reach an agreement, the choice shall be made by the president of the court where one of the parties concerned has its residence or headquarters. The proposal of the third party shall be deemed to have been accepted if none of the parties concerned oppose it within ninety days of notification.