Fashion and copyright: When can a bag be considered a work of art?

This article has been also published on the EACCNY website on May 2, 2022.

The latest ruling of the Court of Milan stated that the commercial success of a fashion item does not automatically entail copyright protection, which requires proof of creativity and artistic value. 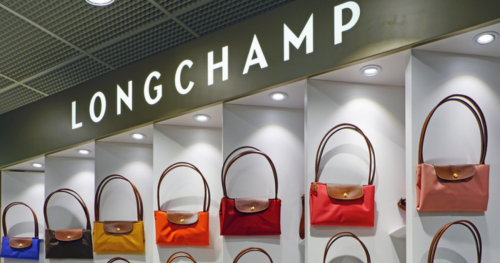 The protection of fashion designs is a hotly debated issue, and one that Italian and EU courts have often discussed and decided upon. One of the pivotal points of concern is whether, and to what extent, there is a formula that equates “bestsellers” with “grant of IP protection.” Legal protection of fashion designers’ creations covers several areas: from unfair competition to designs, trademarks, and copyright. In Italy, copyright is granted to an object of industrial design under Article 2 of Law No. 633 of April 22, 1941 (“Copyright Law”).

On December 2, 2021, the Court of Milan delivered its decision in first-instance ordinary proceedings on the claim brought by J. S.A.S., a French bag brand (hereinafter, “J.”), and Longchamp S.A.S., a French luxury leather goods manufacturer (hereinafter, “Longchamp”— collectively, the “Plaintiffs”) against an Italian enterprise located near Rome, which never appeared during the proceedings (hereinafter, the “Defendant”). The decision was therefore issued in default of the Defendant. J. is the holder of economic rights to: (i) the word trademark “Le Pliage,” used to identify its famous namesake bag (the “Le Pliage Bag”); (ii) registered and unregistered shape trademarks that protect the original characteristics and unusual details of the Le Pliage Bag; and (iii) the copyright and related rights to the Le Pliage Bag. Longchamp, for its part, is the exclusive licensee of J.’s IP rights and, inter alia, holds the rights to exploit the “Le Pliage” trademarks (both shape and word).

In 2012, the Plaintiffs discovered that the Defendant was marketing and offering for sale bags closely resembling the Le Pliage Bag, reproducing the well-known three-dimensional trademarks owned by the Plaintiffs absent any authorization whatsoever from the latter.

Indeed, in 2016 the Plaintiffs initiated urgent proceedings against the Defendant before the same Court of Milan to obtain an injunction to suspend the infringement of its 3D trademarks on Le Pliage Bag by the same Italian enterprise. The parties settled the case before it reached the final/decision phase, and the defendant (a) acknowledged Longchamp’s exclusive rights to the trademarks in question; (b) undertook to cease marketing, promotion, and importation of the products in contention and to destroy any of the products in stock; (c) pledged to refrain from repeating the illicit conduct; and (d) pledged to pursue negotiations to reach an agreement that would establish the amount of damage suffered by J. and Longchamp. Nevertheless, the defendant not only never pursued said negotiations, but continued to sell counterfeit bags.

Thus, J. and Longchamp brought this case before the Court of Milan, suing the Defendant for trademark and copyright infringement, as well as unfair competition. The Plaintiffs’ complaint began by emphasizing the characterizing elements of the Le Pliage Bag, i.e., the original combination of:

Furthermore, the Plaintiffs claimed that the Le Pliage Bag was created in 1993 and has been marketed and promoted worldwide by means of massive advertising campaigns, thus achieving huge commercial success, as demonstrated by 54 million units sold at 1,500 points of sale. Based on that, J. and Longchamp argued that the registered shape trademarks display a sufficient degree of distinctiveness, in view of (i) the way in which such trademarks are used and presented, and (ii) the information and suggestions conveyed through the advertising of the sign at-hand and the perception of the shape among consumers. The assessment concerning the degree of distinctiveness was also supported by the legal presumption of validity based on the two European trademark registrations cited above.

According to the Plaintiffs, the Defendant’s unlawful counterfeiting activity should be considered an infringement of J.’s exclusive trademark rights, pursuant to Articles 2 and 20 of the Italian Code of Industrial Property (Legislative Decree No. 30 of February 10, 2005—“IPC”) and Article 9 of Regulation (EU) 2017/1001 on the European Trademark (“EUTMR”). According to those provisions, the owner of a well-known trademark has the right to prevent a third party from using the trademark for commercial purposes, with the notion of “commercial purposes” further than the identification of products and services, so as to prevent any diversion of customers.

As for unfair competition, the Plaintiffs argued that the Italian enterprise produced a slavish imitation and the Defendant’s products imitate — in a clear and deliberate manner — the shape, proportions, and materials used for the originals, as well as all the distinctive elements of the Le Pliage Bag that characterize the latter within the luxury fashion market. As a result, the Plaintiffs argued that with its imitative conduct the Defendant unlawfully attempted to create a connection (by means of confusion or association) with J. and Longchamp, unlawfully appropriating the competitive advantage acquired by the latter and free-riding on their appeal.

In addition, J. and Longchamp argued that the counterfeiting of the Le Pliage Bag by the Defendant damaged their reputations, e.g., by affecting brand value and position on the market (considering the kinds of products for which it was used), and diluting its power of association and creating the false impression that there is a link between the businesses of the parties.

Finally, the Plaintiffs turned to the open-ended clause of Article 2598 para. 3 Italian Civil Code, according to which any use, direct or indirect, of means that are not in accordance with the principles of professional fairness and are likely to damage the business of others may amount to unfair competition acts and thus give rise to tort liability. Based on that provision, the Plaintiffs alleged that the Defendant’s conduct clearly was not in accordance with such principles.

In addition to enforcing trademark economic rights, J. and Longchamp also argued that the Le Pliage Bag was creative and original and, as such, worthy of being protected under Copyright Law. In a move that became a decisive factor in the reasoning of the court, the Plaintiffs provided a foundation for their copyright claim merely by espousing the intrinsic artistic and creative value of the contested Le Pliage Bag, without submitting any further supporting evidence.

The court acknowledged the infringement of the Plaintiffs’ 3D trademarks. In fact, it stated that the Trademark had distinctive capacity, due to the manner of use and presentation of the trademark itself and the information and suggestions conveyed through advertising and the perception of the shape on the part of the consumer public. The court noted that the imitative bags appropriated all the distinctive elements of the Le Pliage Bag, such as the stitching, the tubular handles and the two leather tabs at the ends of the zipper. As a result, the Court of Milan upheld the Plaintiffs’ claim of trademark infringement.

As to unfair competition, the court ruled that slavish imitation had also been demonstrated: following Italian case law, the court acknowledged tort liability under the relevant civil law provision, as the elements of the Le Pliage bag imitated by the counterfeit are distinctive on the relevant market, and the imitation/unlawful appropriation of it has the effect of making consumers think that the product is the same as another (in the case at-issue, the Le Pliage Bag) coming from (or associated with) the entrepreneurial source of the original product. However, the court dismissed the other claims of unfair competition.

Concerning copyright protection, the court did not side with Plaintiffs: referring to its own case law on this point, the court ruled that it was not possible to determine the existence of the artistic character necessary for the form of the Le Pliage Bag to enjoy such further protection.

The court found that, apart from the undeniable commercial success on the market, copyright was not applicable to the Le Pliage Bag because the requirement of “artistic value” required for copyright protection was not met. According to established Italian case law, artistic value can be inferred from a series of objective parameters, such as:

In fact, the court held that despite the undeniable commercial success of the Le Pliage Bag, demonstrated by 54 million units sold at 1,500 points of sale, J. and Longchamp did not provide elements to support the artistic value of the external appearance of the handbag in question.

Based on the above, the court both prohibited further production, marketing, sale, offer for sale, and advertising of the bags constituting counterfeit and imitation of the Le Pliage Bag and ordered their definitive withdrawal from the market.

Having found the Defendant liable, the court ordered the Italian enterprise to pay economic damages as a result of unfair competition. However, the court stated that the only relevant evidence provided by the Plaintiffs was the quantity of products subject to slavish imitation purchased by the Plaintiffs at the Defendant’s point of sale. Therefore, the judges equitably awarded economic damages in the amount of EUR 2,000, given that (i) the price of the counterfeit bags was particularly low; and (ii) the Plaintiffs did not prove any significant drop in sales, and therefore the court did not see the need for compensation for advertising expenses due to a dilution effect resulting from the slavish imitation.