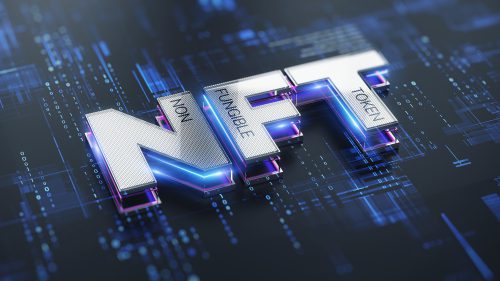 In recent months, several high-profile NFT projects have gone CC0 (Creative Commons Zero). The phenomenon, which led members of the NFT community to dub the season “CC0 summer,” was repeated in the implementation of a CC0 license for dropping NFT Moonbirds.

Moonbirds are 10,000 tokens on Ethereum created with the ECR-721 standard that depict owls and owlets. This NFT drop was launched by Proof, a startup founded by Kevin Rose, already well known in the community for other successful projects. Moonbirds are meant to be the official proof profile PFPs, or official profile photos of Proof Club members. These NFTs are also the key that allows one to enter Proof’s Discord channel, where all features related to this NFT drop are discussed and commented upon. Particularly interesting is a feature called “nesting,” which allows users to lock their NFTs, i.e., commit not to sell them, in order to receive rewards and benefits in return, much like staking. Staking is a cryptocurrency investment model that offers the opportunity for passive income from participation in the Proof of Stake (PoS) consensus protocol validation process used by blockchains. Any owner can put their Moonbirds in this sort of staking by connecting their wallet to the collection’s official website. Here the digital birds “nest,” and the nest becomes more valuable every 30 days. The longer the nest lasts, the more valuable it will be. A valuable nest provides access to digital and physical rewards and gadgets of increasing value. It is important, however, that Moonbirds not be sold. Otherwise, the nest is destroyed, and the new NFT owner must start all over again.

In purchasing NFTs, the owners of Moonbirds agree to a CC0 license under which they acquire full ownership of all economic exploitation rights to the underlying work with no strings attached. According to Rose, in this way the Moonbirds fully respect the spirit of Web3.

This new approach to licensing governing the exploitation of intangible assets embedded in Web3 is in line with other new initiatives.

In August, for example, Yuga Labs—which recently purchased the entire CryptoPunk project from Larva Labs, which originally launched it—as the new owner of the copyright and therefore all economic exploitation rights related to this NFT drop issued a new license that now authorizes owners of individual CryptoPunk NFTs to exploit the work embedded in their NFTs without limits, including for commercial purposes.

A16Z purposely acted to pool different types of CC0 licenses. The venture capital firm contributed a substantial part of the 50 million dollars Proof raised. With that investment, a16Z demonstrated that it is completely behind Proof’s goal of using CC0 as a tool to expand the potential of NFTs.

A16Z’s Can’t Be Evil licenses are designed to simplify the relationship between creators and collectors of NFTs. As stated on a16A’s blog, copyright law is extremely complex in the United States, as it is in many European jurisdictions, including Italy. When one purchases a physical or digital work of art, copyright is not automatically transferred or licensed. This means that without proper assignment of rights to the new owner of an artwork, the new owner may not even have the right to display the newly acquired work in public. Can’t Be Evil licenses are intended to make available to NFT creators license agreements governing the allocation of rights to exploit the work incorporated in an NFT, the terms of which are easily implemented by means of smart contracts. Of course, the fact remains that these are U.S.-centric licenses and thus not necessarily applicable to absolutely any project that relies on NFT, wherever and by whomever it is launched.

Nevertheless, this is an interesting experiment. With this initiative, a16A hopes to promote greater awareness among users and operators of crypto-assets, including in relation to the legal profiles of NFTs. The authors of the project said they hope this set of licenses will serve as a starting point to promote a more consistent and secure ecosystem and to encourage greater contractual standardization as the market grows.