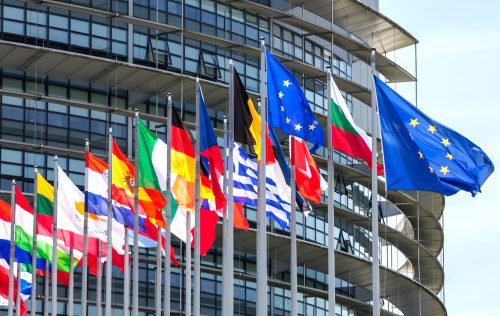 The subject of much debate from the very beginning, Article 17(4) of the DSM Copyright Directive concerns the level of diligence imposed on online content sharing service providers (OCSSPs) to obtain authorizations from rightsholders (e.g., by entering a license agreement) and ensure the unavailability of specific works and other subject matter for which rightsholders provided them with the relevant and necessary information (e.g., by preventing the future uploading of specific unauthorized works). In other words, the clause relates to the type and extent of the “efforts” required – inter alia – to OCSSSPs not to incur liability for unauthorized communication to the public of content uploaded by their users. This threshold has been implemented differently throughout Member States.  Below, we try and provide a brief overview of the different solutions adopted by national legislators in the transposition process.

As for Article 17 of the DSM Copyright Directive, from a multi-jurisdiction point of view, an(other) issue is the translation of the expression “best efforts”. Transposing Directives into national laws is no doubt a delicate balancing exercise. The potential pitfalls multiply when the translation of the DSM Copyright Directive in the European Official Gazette present inaccuracies, leading to confusion at the Member State level.

Indeed, discrepancies arose during the transposition phase within national legal systems, as shown by the range of different expressions that Member States employed when transposing the expression “best efforts”.

The Netherlands – the first Member State to implement the DSM Copyright Directive – is an interesting example regarding the transposition of the expression “best efforts”, as there were some noteworthy differences between the consultation draft of July 2019 and the final proposal submitted to parliament in May 2020[1]. The previous version of Article 29c(2) of the 2019 draft stated OCSSPs should have “made every effort” to obtain authorization and ensure the unavailability of notified works. The final proposal says, however, that OCSSPs should “exert themselves to the best of their ability”, which in Dutch explicitly refers to the English phrase “best efforts”.

By an ordinance of 12 May 2021[2], the French government transposed, among others, Article 17 of the DSM Copyright Directive. OCSSPs are now required as a matter of principle to obtain authorization from rightsholders in respect of the acts of reproduction and exploitation carried out through the uploading of protected objects on their services. The ordinance provides for situations in which an OCSSP cannot be held liable for acts of exploitation of works or objects protected by a neighboring right for which it was not able to obtain authorization. This refers especially to the circumstance where an OCSSP has made its best efforts to obtain the rightsholder’s permission or to make unavailable the protected object which had been the subject of a notification by a rightsholder. Criteria such as the audience for the service or the cost of such actions are considered in determining the provider’s compliance. In addition, OCCSPs have obligations to inform rightsholders of the measures taken to ensure the enforcement of their rights.

In February 2021, the German government adopted a draft to implement the DSM Copyright Directive, referring to “best efforts”. To avoid over-blocking by upload filters, the new German law[3]  introduces “presumably allowed uses” whereby it is allowed to publicly reproduce allegedly infringing content pending the conclusion of a complaint procedure against it. Also, “minor uses” are permitted (i.e., 15 seconds of a video, 15 seconds of a sound piece, 160 characters of text, or images up to 125KB in size), even when used as part of user-generated content made up of combined portions of pre-existing content.

The wording “massimi sforzi” (equating to “maximum efforts” according to the English translation) has been chosen by the Italian legislator in Legislative decree no. 177/2021, introducing Article 102-sexies to the Italian copyright law. The relevance of the question, however, depends on whether the wording of the clause is subject to a lexical or contextual reading. While some commentators argued that referring to “maximum efforts” would raise the threshold for OCCSPs – and in doing so unjustifiably go beyond the obligations set out in Article 17 –, others held that at least in Italy this must be interpreted in conjunction with the principle of proportionality, expressly mentioned in the implementing provisions, and to which a Court would be bound when assessing an OCCSPs liability.

Looking at some other Member States’ experiences, the Czech Republic, Belgium, and Denmark adopted bills implementing provisions of the DSM Copyright Directive, resorting to a wording equivalent to “best efforts”. There, the transposition process is at the time of writing still ongoing , as it is in Austria, Bulgaria, Croatia, Hungary, Cyprus, Estonia, Finland, Greece, Latvia, Lithuania, Luxembourg, Norway, Poland, Portugal, Romania, Slovakia, Slovenia, Spain, and Sweden too.  As such, amendments to the draft bills could occur.

As several of the major Internet platform companies have their European headquarters in Ireland, it will be interesting to see the future effects of the implementation and enforcement of Article 17 in the existing Irish copyright legislation. At the time of writing, Ireland has yet to implement the DSM Copyright Directive, but the country has engaged in several public consultations.

An open question: The Polish referral. Does Article 17 infringe the EU Charter of Human Rights?

The legitimacy of Article 17 was so disputed that a Member State decided to question it before the competent EU institutions. Back in May 2019, the Polish government initiated a legal challenge before the Court of Justice of the European Union, requesting the annulment of parts of Article 17 (Case C-401/19 – access to the Polish government action here). Specifically, Poland asked to the European Court of Justice to annul Articles 17 para. 4, letters (b) and (c), detailing the following in its claim:

On July 15, 2021, in its opinion on case C-401/19, Advocate General Henrik Saugmandsgaard Øe proposed that the Court should find that Article 17 of the DSM Copyright Directive was indeed compatible with the freedom of expression and information, and therefore dismissed the action brought by Poland (full text of the opinion of the AG accessible here).

In a nutshell, the AG considered that the contested provision respected the “essence” of freedom of expression and information. While in view of the particular importance of the Internet to that freedom, public authorities cannot oblige online intermediaries to monitor content shared or transmitted through their services in the search of any kind of illegal or undesirable information, the European legislator may, as in this case, choose to impose certain monitoring obligations, in respect of specific illegal information, on certain online intermediaries.

The AG observes, moreover, that Article 17 meets an objective of general interest recognized by the EU, since it is intended to ensure effective protection of intellectual property rights. As regards compliance with the principle of proportionality, the AG explained that the European legislator had a margin of discretion to reconcile freedom of expression with respect for the intellectual property rights of rightsholders. In this context, the legislator could choose to modify the liability regime applicable to online sharing service providers – which initially resulted from Directive 2000/31 on electronic commerce – by imposing monitoring obligations on some of them.

The new regime under Article 17 does entail a risk of “over-blocking” lawful information as, in order to avoid any risk of liability, OCSSPs may tend to prevent the uploading of all content reproducing protected subject matter identified by the rightsholders, including content making legitimate use of such subject matter. Nonetheless, the European legislator attempted to minimize such risk by (i) recognizing users’ rights to make legitimate use of protected subject matter, including the right to rely on exceptions and limitations to copyright; and (ii) providing that Article 17 should not impose a general monitoring obligation on OCSSPs, so the latter should not become de facto private judges of online legality, responsible for coming to decisions on complex copyright issues.

[3] The German act which implements Article 17 DSM Copyright Directive is the “Urheberrechts-Diensteanbieter-Gesetz – UrhDaG”.