The 2021 Annual Law for Market and Competition 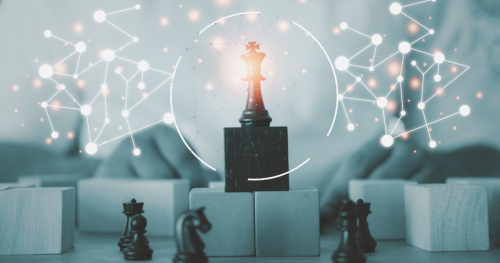 Thanks to Filippo Ferri for collaborating on this article

On August 5, 2022, the Italian Parliament adopted the 2021 Annual Law for Market and Competition (the “2021 Competition Law”)[1] , the aim of which is to adapt the Italian system to EU competition rules and policies and to improve and liberalize markets affected by regulatory or economic barriers. The law reflects most of the key proposals submitted to the Government by the Italian Competition Authority (AGCM or “ICA“) in March 2021 and is also part of the key steps to which Italy is committed in order to achieve the objectives of the National Plan for Recovery and Resilience (or “PNNR”).

The 2021 Competition Law introduced innovations in many sensitive sectors, such as a mapping and monitoring system for public concessions, measures simplifying and reducing the administrative burden for public authorizations and improving competition and efficiency in public services and in the realization of digital infrastructures. With specific regard to competition law, it amended the Italian Competition Act (Law no. 287/90) by:

Last but not least, the 2021 Competition Law also amended the rules on abuse of economic dependence – enshrined in Law no. 192/1998 and enforced by the ICA – by introducing a rebuttable presumption of economic dependence of business users on the digital platforms they use to sell their products or services (Art. 33).

Article 32 of the 2021 Competition Law amended the substantive test for the appraisal of concentration (Article 6 of the Italian Antitrust Act), aligning it with the “SIEC” test[2] provided by Regulation (EC) no. 139/2004 (the “EU Merger Regulation”). Formerly, the test was based on the creation or strengthening of a dominant position, whereas this amendment allows the ICA to prohibit or impose conditions on concentrations that fall short of creating a dominant position but are likely nonetheless to “significantly impede effective competition”. Typical cases would be where a concentration creates an oligopoly scenario in markets affected by significant barriers to entry or in which collusion tends to occur.

Further, it also brings in the power for the ICA to request undertakings to mandatorily notify a merger or concentration that falls below the previously existing turnover thresholds set out in Article 16 of the Italian Antitrust Act, including if the transaction is already completed. However, the ICA can request mandatory notification of transactions below the thresholds only if the following cumulative conditions are met:

The intent of these amendments is to address so-called “killer acquisitions”[3] and other “gap cases” of mergers that would have fallen outside of the scope of the ICA’s powers to scrutinize, block or impose conditions or remedies to preserve effective competition. The digital/media and health/pharmaceutical sectors are those typically affected by these concerns, but the described changes apply across the board.

Further, the 2021 Competition Law also fully aligns the rules to calculate the relevant turnover of banks and financial institutions (for merger control purposes only) with those provided by the EU Merger Regulation, by replacing the one-tenth of total assets rule used to calculate turnover with the criteria related to the financial income of such institutions.

Moreover, it de facto fully aligns the criteria to distinguish between joint ventures that constitute a concentration and those that do not by resorting to the same distinction as between “full-function” and “partial-function” joint ventures applied by the European Commission. Consequently, pursuant to amended Article 5(3) of law 287/90, any concentrative (i.e. full-function) joint venture that may also entail a coordination of the competitive conduct of the mother companies (to the extent they remain independent competitors on any market outside of the joint venture) will have to be assessed in the context of the merger control procedure, though on the basis of the substantive parameters on prohibition of anti-competitive agreements (Article 101 TFEU or Article 2 of law 287/90). Previously, if the joint venture was deemed to entail such a coordination it would have precluded the ICA from applying the merger control rules and procedure, irrespective of whether or not the joint venture could be deemed full-function under the criteria applied by the European Commission pursuant to the EU Merger Regulation.

By amending Article 9 of law no. 192/1998 on abuse of economic dependence, Article 33 of the 2021 Competition Law introduced a (rebuttable) presumption of economic dependence of business users on digital platforms that play a “crucial role” in reaching end users or suppliers. Notably, it will have to be seen whether this presumption will apply only to so-called “gatekeepers” (as defined in the Digital Markets Act) or, rather, to a wider category of platforms. This may be clarified by guidelines that could be issued by the Government in cooperation with the ICA.

Further, the law integrates the non-exhaustive list of typical forms of abusive conduct with specific examples concerning digital platforms, namely: (i) providing insufficient information on the scope or quality of the provided service; (ii) imposing non-reciprocal obligations not justified by the type or content of the activity performed; and (iii) restricting the ability to use alternative providers for the same service, including by imposing additional costs or unilateral conditions. Notably, the final text of the law did not include certain additional forms of conduct that the ICA had proposed including, in particular restricting interoperability and portability of data and tying and bundling practices. The new amendments will come into force from October 31, 2022.

Article 34 of the 2021 Competition Law brought in a new procedure that the parties in an ICA investigation of breach of competition rules can access in order to settle the case with a lower fine in exchange for admission of the infringement. This new settlement procedure reflects the same procedure that exists at EU level in the context of the European Commission’s antitrust investigations. In particular, the amended version of Article 14-quater of the Italian Antitrust Law now lays down the main steps of the procedure, establishing that the ICA must give the parties to the investigation a term by which they must declare their willingness to start settlement discussions.

Investigative powers of the Competition Authority

Article 35 of the 2021 Competition Law enhances the investigative powers of the ICA by enabling it to impose fines on any person or entity failing to provide information or documentation requested, including outside of the context of a formal investigation. Previously, the ICA could impose such fines only in connection with requests for information or documents formulated after formal proceedings for breach of competition law had been opened (or for a sector inquiry).

[2] SIEC stands for “Significant Impediment to Effective Competition”. Article 2(2) and (3) of the EU Merger Regulation provide that a concentration can be declared incompatible with the Union market if it “significantly impedes effective competition […] in particular as a result of the creation or strengthening of a dominant position”. The same test is now provided for by the Italian merger control rules.

[3] Killer acquisitions refer to those acquisitions by which an existing incumbent in a certain market acquires a new technology or innovative company that, despite still having to start its market operations and not having significant turnover, nonetheless represents a threat to the acquiring company’s monopolistic or dominant position. These acquisitions typically fall below the national or turnover thresholds that trigger a prior mandatory notification pursuant to national or EU merger control rules and, thus, may only be detected after their completion, with fewer possibilities of preventing or remedying the damage to competition.