In a first, the European Commission blocks a below-threshold transaction under the EU Merger Regulation (Grail/Illumina) 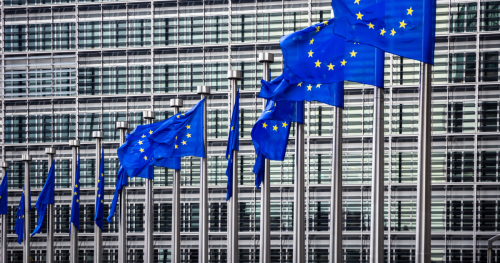 On September 6, 2022, the European Commission (the “Commission”) blocked the acquisition of Grail by Illumina—although the deal didn’t meet the turnover threshold of the EU or any Member State—arguing that the merger would have prevented innovation and competition in the blood-based early cancer detection test market. This case represents a significant breakthrough in the Commission’s exercise of its merger control powers because it was the first such instance falling under the new interpretation of Article 22 of the EU Merger Regulation (Regulation No. 139/04, or “EUMR”), which allows the Commission to scrutinize below-threshold transactions.

In September 2020, Illumina, the global leader in next-generation sequencing (“NGS”), announced its plan to acquire one of its customers, Grail, a U.S.-based startup active in the market of tests for early cancer detection. The deal attracted the Commission’s attention, mainly because of its value of 7.1 billion dollars, despite the fact that Grail was not generating any turnover. The transaction was announced after the Commission had reiterated its determination to identify a tool to review acquisitions of emerging (or yet to be developed and marketed) businesses and technologies by dominant players (known as “killer acquisitions”) that could stifle innovation and competition but fall below the turnover thresholds that trigger mandatory prior notification to the Commission or national competition authorities (“NCAs”) in the EU. This concern raised by ex-post observation of transactions occurred in recent years in the digital and pharmaceutical sector, where dominant companies are suspected of having acquired innovative startups just to prevent them from thriving and disrupting the incumbents’ businesses; competition agencies were not in a position to detect and review such acquisitions beforehand. To make it possible doing so, the Commission decided to revive the application of Article 22 of EUMR, which allows NCAs to ask the Commission to review a transaction under the EUMR if the concentration (i) affects trade between Member States; and (ii) “threatens to significantly affect competition” within their territory. Originally, this provision was conceived to allow Member States that did not have national merger control regimes to make referrals to the Commission regarding concentrations. However, following the introduction of a merger control regime in all Member States, the Commission discouraged the application of Article 22 to refer transactions that did not exceed the referring Member State’s merger control thresholds (although its wording does not expressly require that such a line be crossed). On March 26, 2021, the Commission published new guidance[1] specifying that Article 22 could also be applied to transactions that are below national thresholds, if they are potentially harmful to competition, especially in markets where investments in innovation play a crucial role.

This is exactly what happened in the Illumina/Grail case: upon invitation of the Commission, multiple EU Member States sent a referral request to the Commission, which accepted it in April 2021 and, after forcing the parties to report their transaction, opened an in-depth investigation in July 2021. Illumina appealed the decision before the General Court, arguing that the Commission lacked jurisdiction to review a foreign-to-foreign transaction involving two U.S. companies, one of which did not have any turnover in the European Union. Illumina claimed that the Commission’s new interpretation of Article 22 significantly broadens its applicability and creates a new system of merger control for transactions globally, irrespective of whether EU and single Member States’ thresholds are met. This dramatically complicates the assessment of merger control requirements for undertakings, which cannot predict with sufficient certainty whether a transaction may be subject to mandatory notification and scrutiny within a defined timeline. However, in a July 2022[2] ruling the General Court confirmed the Commission’s jurisdiction over the transaction, stating that an Article 22 referral is possible irrespective of whether the transaction falls under the merger control rules of that Member State. The General Court intended Article 22 as a “corrective mechanism”: it applies when traditional thresholds fail to confer jurisdiction to the Commission or to any NCAs regarding a transaction  that is potentially harmful to competition in the internal market.

Furthermore, although Illumina notified the Commission of the acquisition, it also decided to proceed with the closing in August 2021 without waiting to hear the outcome of the investigation. As a result, the Commission opened “gun-jumping” proceedings against Illumina for violation of the standstill obligation[3] and, in addition, adopted interim measures to prevent potential harm to competition during its review of the transaction. The most significant measures imposed upon Illumina were (i) the obligation to hold Illumina separate from Grail, which to this end had to be run by an independent “hold separate” manager; and (ii) a prohibition on exchanging confidential business information with Grail.

After the in-depth Phase II investigation, the Commission found that Illumina, following Grail’s acquisition, would have the ability and incentive to put in place strategies with a detrimental effect on competition in the nascent market for blood-based early cancer detections tests. More specifically, according to the Commission, the investigation revealed the following impediments to effective competition that justified prohibiting the transaction and rejecting the remedies offered by Illumina to address concerns:

Grail and its competitors rely on the NGS system to develop blood-based early cancer detection tests. Today, only Illumina has NGS equipment that meets the technical requirements to develop such cancer tests because there are no credible alternatives on the market in the short- and medium-term. Significant barriers to entry into the NGS market make it almost impossible for a provider of NGS to install the necessary instruments and develop stable technology that can compete with Illumina’s innovation rate. Moreover, even if it were possible, switching NGS supplier would require significant investment and a lengthy process, with no guarantee of success.

According to the Commission’s investigation, the market value of NGS-based early cancer detection testing would reach more than 40 billion euros annually by 2035. Considering that enormous market potential and the innovation race for development of early cancer detection tests, the Commission believed that Illumina would have clear incentive to engage in foreclosure strategies against Grail’s rivals (e.g., by increasing input prices, delaying supplies, worsening quality, or refusing to deal with them).

Illumina announced its intention to appeal separately the Commission’s decision and the GC’s decision, yet the deal is unlikely to survive, pending the court’s final judgement. Since the transaction was completed before the prohibition decision was issued, the Commission may order Illumina to dissolve the concentration or take other appropriate measures to restore the situation in existence before implementation of the concentration.

Practical impact of this precedent for the companies

The renewed application of Article 22 EUMR by the Commission, as confirmed by the General Court in this case, marks a pivotal change in how undertakings must assess merger control requirements in connection with envisaged transactions involving competitors or players operating in closely connected markets. Indeed, this case makes it clear that calculating the relevant global, EU-wide, and national turnover[4] of the parties to a transaction is no longer sufficient to assess whether a concentration is subject to prior notification and standstill obligations within the EU. From the outset of discussion of a deal, parties to an envisaged transaction now must make a substantive assessment of the risks that the concentration raises for competition. This has become necessary to determine whether the Commission may require notification of the transaction in the future,[5] including possibly after completion of the transaction, and may potentially impose burdensome remedies or even the dissolution thereof. If assessment uncovers such risks, the parties to the transaction will have to decide how to address them in their agreements, which may entail different strategies depending on the specific situation and risks involved.

[1] Communication from the Commission – Guidance on the application of the referral mechanism set out in Article 22 of the Merger Regulation to certain categories of cases, in OJ C11 of March 31, 2021.

[3] The infringement of the standstill obligation may entail a fine of up to 10% of the aggregate turnover of the undertaking concerned (Article 14.2 of EUMR).

[5] The Commission’s guidance on application of Article 22 makes it clear that it will refrain from requiring notification if the transaction was closed more than six months before it was in a position to know about it. However, the Commission expressly reserves the power, in exceptional cases, to require notification if the potential harm to competition that may be caused by the concentration is of particular magnitude and relevance for the EU internal market.